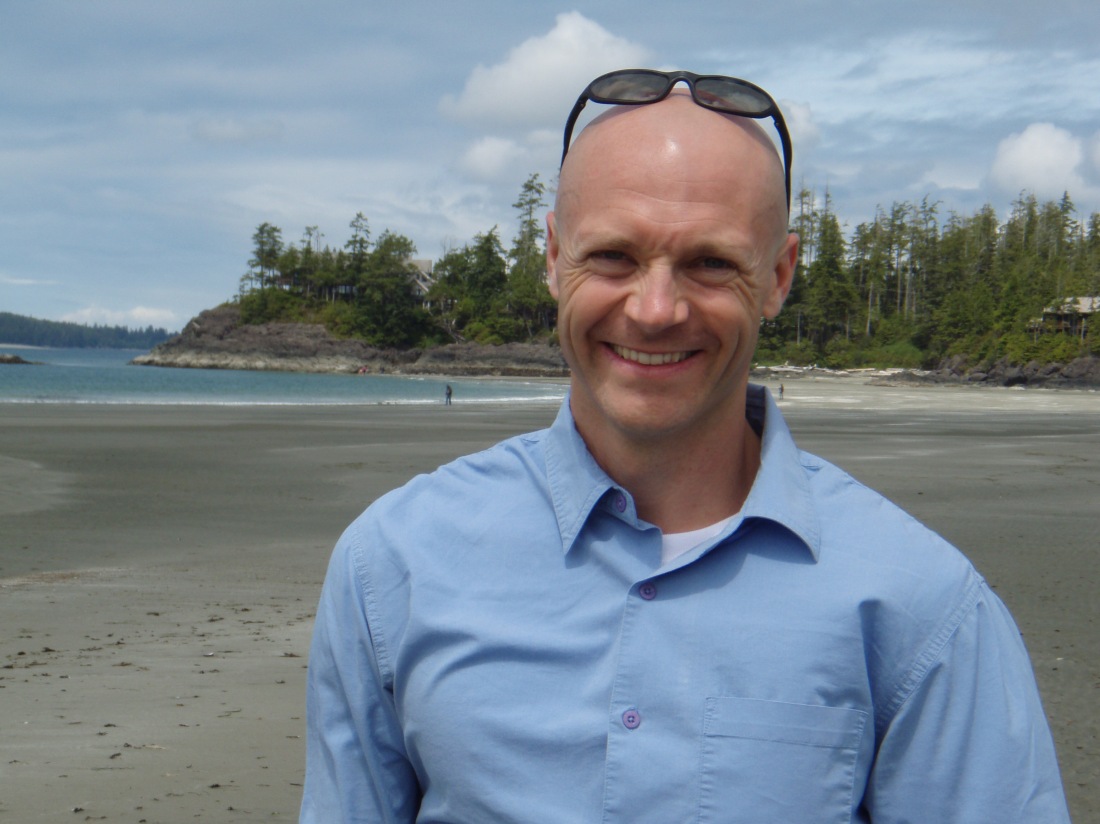 Andrew Hallam is an English teacher at Singapore American School. He built a million dollar portfolio on a teacher’s salary, while still in his 30s. His book, Millionaire Teacher, is an international bestseller.

FFN: At what age did you get started in investing?

AH: I started to invest when I was nineteen.

FFN: How did you get interested in investing and who inspired you to get started?

AH: I met a mechanic who was raising two kids on a single salary.  He was 47 years old, and he was already a self-made millionaire.  He was frugal, and a great investor.  He inspired me to believe that I could do whatever I wanted to do in life, whatever my passion was, and still end up financially strong, if I was smart with my money.

FFN: What was your life like before investing and how is it now?

AH: Before I started to invest I was in high school, and today I’m still in high school.  The difference is that before, I was the student, and now I’m the teacher.

But seriously, I didn’t have much money.  My dad was also a mechanic, and my mom stayed at home to raise us (there were four kids in our family)

Having said that, money hasn’t really changed me much.  I still enjoy being active, physically, and spending time with friends.  I’m an odd duck, not really getting pleasure from material things.  But I do love to travel, and I can afford to do a lot more of that now.

FFN: What are some of the stocks in your portfolio currently?

AH: I own three index funds, but no stocks:  an international index, a U.S. index, and a short term Canadian government bond index.

FFN: You advocate index investing instead of stock picking. Why is that so? Don’t stock picking give higher returns?

AH: If I could earn higher returns as a stock picker over my lifetime, I would do that.  But that would be a rare feat.  If I were to beat a rebalanced, diversified portfolio of indexes over 35 years as a stockpicker, I would quickly find myself (if I could prove it) on all the major television channels pertaining to the stock market.  Beating the market with stocks is doable over a year, three years, maybe even fifteen years.  But over a lifetime, the statistical odds are far higher with diversified, low cost indexes.  Most professional investors lose to the market over their lifetime.  So I like to invest where my long term odds are highest.

FFN: What are the mistakes you have done pertaining to investing and what are the lessons learnt?

AH: I once got involved in a loans company that paid 54 percent interest each year.  A friend of mine had received 54 percent from the company for eight years.  I know that he wasn’t lying, because he tried to get me involved when he first invested.  But each year, I kept saying no.  Anyway, eventually, after he had made more than $300,000 in interest, I got involved.  But it was a Ponzi scheme that eventually collapsed.  I talk about this in my book.  It was definitely a crazy thing for me to get involved in.  I learned that if something sounds too good to be true, it is.  There’s no way that we thought it was a Ponzi.  But I guess Madoff’s investors were caught with their pants down too.

FFN: What psychology do people need to succeed in investing?

FFN: What lessons have you learnt over the years as an investor?

AH: I’ve learned not to listen to analysts.  That was one of my first lessons.  If you do choose to buy individual stocks, do your own research, order at least 5 years worth of annual reports, read every word and then try to figure out where the company is lying.  Most companies fudge.  If you can’t see where they’re fudging, then you don’t want to buy shares in the business.  That might sound paradoxical, but if you can’t find where the company is fudging a little bit, then you aren’t understanding the annual report fully.

I’ve also  learned that stock picking itself is difficult.  I was a good stock picker, but I learned that the odds of going with an indexed approach will give me a statistically higher chance of making more money.

Also, I have learned never to focus on the results of a single year.  In fact, as a relatively young investor, it’s very important to be happy about seeing markets fall, and unhappy when markets rise.  Think of yourself as a collector.  If you’re a collector of stocks or indexes, you shouldn’t want to see those prices rising while you’re collecting them.  You should only want to see rising prices once you’re retired (because you’re no longer buying, but selling).

FFN: How has the investor in you evolved over the years?

AH: I have become more and more dispassionate—unaffected by market swings.  When markets fall, I absolutely love it.  The best times to invest is when there’s blood in the streets.

FFN: What advice would you give for beginners who want to start investing?

AH: Don’t listen to investment tips.  Read A Random Walk Down Wall Street, The Intelligent Investor, and of course, Millionaire Teacher.  Read each of these books more than once.  Then you’ll know more than 99 percent of financial advisors.  And you’ll be ready to invest on your own.

FFN: How about an advice for the youth who are looking to build up their future?

AH: Try not to fall into the consumption trap.  You’ll see people around you who becomes slaves to the latest tech gadgets, the expensive cars etc.  Try your best to ignore that stuff.  Focus on building assets, not liabilities.  Anything that decreases in value over time is a liability.

When you become wealthy, you’ll be able to buy more of life’s finer things, and you won’t have to go into debt to do it.

FFN: What do you thing is the biggest misconception people have about money?

AH: They think that those who drive flashy cars and have big salaries are rich.  Some of them are, there’s no doubt about that.  But most people with high salaries have high debts.  They try showing off with their “5 Cs” and it adds a lot of stress to their lives.

FFN: What is the one thing, in your opinion, do people need to succeed in investing?

AH: They definitely need the right temperament.  They have to be happy to see falling stock markets.  It’s the same with housing markets.  If you were going to be buying a condo every year, would you prefer to see cheaper condo prices over the next five years, or higher condo prices?  The answer, of course, answers itself.  You should prefer sinking prices while you’re accumulating.  The same thing should be said of any asset, including stocks.

FFN: What are the habits one must follow to have a sound financial life?

AH: Live within your means, diversify your investments, don’t fall for the latest investment fad, and educate yourself.  Keep in mind, also, that stock market based television programs are there to make you excited, not to give you advice.  I don’t watch them, and I don’t recommend that you watch them either.

FFN: Would your finances and investing be different if u had a kid and were living all your life in another country like Singapore where living expenses are quite high?

AH: If I had children, there’s no doubt that I wouldn’t have as much money as I do.  That said, most millionaires in the U.S. are married with children.

Singapore, in my view, is as expensive as you want to make it.  For example, I find Canada (my home country) more expensive for me. My tax rate in Canada was 40 percent as a teacher there.  And we paid capital gains taxes on most of our invested money, unlike Singapore. With a great public transit option, a car in Singapore can be an option, not a necessity.  This isn’t the case in most Canadian towns.

From what I understand, Singapore is considered quite a wealthy country overall and I certainly wouldn’t view it as a liability for wealth accumulation.

FFN: What is your ultimate goal in life?

AH: To live until I’m 90!  I’m already a really happy guy, so if I can live longer, I can enjoy more happiness!

FFN: What does financial freedom mean to you?

AH: It means that nobody owns me.  At 41 years old, I don’t have to work anymore if I don’t want to.  But I work because I love my job.  If I HAD to work, that would be different.  In one way, I would be property to someone else, like some kind of commodity.  Early in life, I wanted to be in a position to choose to work, rather than be forced to work because I bought things I couldn’t afford, and had debts to pay off.

FFN: A parting shot for the readers…

AH: Your health and your relationships are worth more than all the money in the world.  Cherish them.

Click here to get Andrew Hallam’s book on Amazon.

4 thoughts on “Coffee with FFN and Andrew Hallam”